Forbidden Desire: The Cost of Living Without Sex 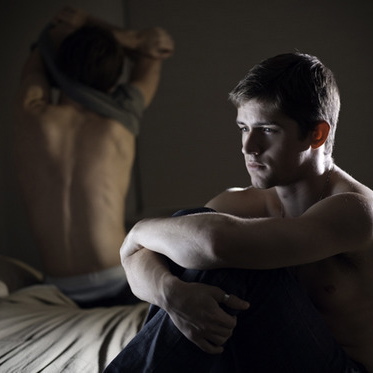 Why do some of us choose to live without sex? What is the emotional cost of sexual abstinence to parts of our lives?

The secret life story of former FBI Director J. Edgar Hoover, a closeted gay man,  told in the new Clint Eastwood bio-pic, tragically depicts how self-denial eroded his soul and how the projection of Hoover’s self-hatred destroys many other lives.

In my clinical experience, while religious or societal prohibitions account for why some people choose to forego sex, shame is the primary reason we starve ourselves of sexual pleasure. Hoover, a man deeply entangled with his fanatically controlling mother, as shown in the film, suppressed his homosexual desires rather than suffer her disdain.  “I would rather have a dead son than a daffodil,” she tells him.

In annihilating his sexuality, while conducting a life-time campaign against “alien” influences on the nation as an architect of the communist “red scare”  Hoover sought to cleanse a perceived dirtiness which haunted him.

When Hoover, at 29, took over what would become the FBI, during the Coolidge administration, he installed Clyde Tolson as his second-in-command with whom he then carried on a chaste love affair until the day he dropped dead in his bedroom during the Nixon presidency. Enthralled with each other, Hoover and Tolson pledge to lunch and dine together daily. They join private country clubs, vacation at the horse track and rub elbows with Hollywood celebrities on the red carpet,  their meticulous appearance just so much armor cloaking their secret bond. Hoover’s prospective marriage to the actress Dorothy Lamour results in a violent episode with Tolson nearly walking out and Hoover desperately promising his aide to never abandon him and make him his heir.
Hoover’s grandiosity stemmed from his early childhood. Powerless under his mother, he  used his cunning to convert his helplessness and rage into an authoritarian fervor that allowed him to blackmail presidents and persecute his perceived enemies. Hoover’s covert investigations of Eleanor Roosevelt’s suspected love affair with a female journalist, John F. Kennedy’s frequent sexual affairs, as well as Martin Luther King’s sexual peccadilloes, made him untouchable.

Sexual denial never succeeds and sexual desire can never be buried. Sexual truth always finds self-expression, whether in surreptitious acts or in its beholder’s preoccupations.
All kinds of sexual desires–not just homosexual ones–that people consider sinful or perverse undergo such internal policing, in large measure due to a self-image at war with itself. The male CEO who by day is the master of his corporation and who by night masturbates to domination fantasies–but will never hire a dominatrix–is a man who is an impostor to himself.
Such patients wind up in therapy after the their sexual self-denial takes a significant toll on their lives.

My patient Aaron, for example, worried about his lack of interest in sex. He even attributed his straight As in college to avoiding sex.

But sex was not the reason Aaron thought he came to therapy. Exhaustion was. Despite sleeping eight hours nightly, in the mornings he awoke wrecked, often nodding off at his well-paid job as a network engineer.
After a physician ruled out a physical problem, I wondered if disturbing dreams were robbing Aaron of the rest he needed to live a normal life. His answer to my question was the key that began to open the door behind which he had so firmly locked his sexuality.

Aaron told me: “I usually read until I’m groggy then I turn the light off. I’m dead out. The next thing I know it’s morning. The alarm rings and I can’t open my eyes. I hit the snooze button and wake up when it goes off. I feel like I haven’t slept at all.”

After some more gentle questioning, Aaron disclosed that sometimes he did in fact wake up, albeit briefly,

“I never remember dreaming but I know I must,” he said.

Aaron was silent for a moment before replying. “Because either I am jerking myself off in my sleep or I’m having wet dreams,” he said penis enlargement tips with an embarrassed smile. “I’m sticky down there.”

“Not really. I don’t have much of a sex drive.”

“Well, apparently you are when you’re sleeping,” I replied and we both laughed.

It seemed obvious that Aaron had so thoroughly repressed his sexual desires that whatever was truly exciting to him must have seemed so unthinkable that he could not allow it to surface to his consciousness. The challenge became to discover what was behind his amnesia. I suggested that each night for a week, he set his alarm to wake him at different times, and with paper and pen  handy, record what he dreamt.

He returned in a week with a journal in which he had written the following:
“Thursday 3 am: Dream. Feet. Beautifully sculpted, deep arches, soft gentle smell, natural toenails. Kissing them gently rubbing them, massaging them. Hard on. Lots of pre-cum. I am incredibly excited.”

Then: “Saturday 3:30 am. I’m sucking toes. No body or face attached. Just feet. Beautiful toes. I’m really hard. I rub my cock against the sole of the feet and start to fuck them. They grab my cock.”

We sat in silence for a moment.

“How do you feel about what you discovered?” I gently asked.

For the first time Aaron felt safe enough to open up.

“A mixture of being freaked out–shame and relief. I mean, it wasn’t a total shock to me. I remember having more than the usual interest in feet and shoes as a kid. I loved going to buy new shoes. I didn’t know what it meant. But the whole feeling of the shoe store, watching people take their socks off, the smell, trying on shoes, measuring feet. I would drag my mother into any shoe store when we were out shopping. After a few times, she must have sensed something. She told me it was odd. We stopping buying shoes in stores. She would order them for me from catalogues. I’d hide the catalogues under my bed and read them at night. I didn’t know why. I didn’t know it was erotic, but I just couldn’t wait to look at them. I also felt really ashamed. Later, in high school, when I took gym class, I tried not to look at the other kids’ feet. At first, I couldn’t resist, then after time and a lot of bargaining with God, I made myself stop thinking about it.”

“You said you felt a combination of shame and relief.”

“I feel like a freak. I’m turned on by feet. Not a pretty face or breasts. Feet. That’s kind of humiliating.”

“Why relief then?” I asked.

“I don’t know. I think it’s because at least I’m sexual. I think I was already feeling like a freak because I had no interest in sex like every other guy in his twenties did.  But what happened to that sweet little kid who just so happened to love feet? It’s so sad.”

Like Hoover, Aaron denied his sexual desires. He, too, came from a family of deeply controlling parents. Both suffered a form of alienation. Where homosexuality was dirty to Hoover, intimacy overwhelmed Aaron. Feet were preferable to engaging with a whole person.

Our sexual desires, in themselves, carry no real threat to our well-being. It’s how we judge those desires that make the difference between life-affirming action or soul-killing self-denial. The stories of people like Hoover and Aaron share the theme of shame. Adam will likely transcend it and eventually find satisfaction in aligning his secret desires with authentic behavior. Sadly, J. Edgar Hover had no such opportunity. The tyranny of shame had disastrous effects on his and the nation’s life.

First published on PsychologyToday.com on November 21, 2011.

Previous postWhen Too Much Sex Is Bad for You Next postA Dangerous Method: Can Sex Restore Mental Health?