Stanley Siegel in the Media

The Father-Daughter Team Behind Your Brain on Sex

The New Yorker (10/15/2011): Stanley Siegel is a slight, elegant psychotherapist of sixty-two who exudes tenderness. His daughter, Alyssa Siegel, is a dark, voluptuous psychotherapist of thirty-six who exudes vivacity. Stanley practices in Chelsea; Alyssa, in Portland, Oregon. Ã¢The apple didn’t fall far from the tree, she told me last night, as we chatted on a red velvet banquette in the basement bar (black walls, dim lighting) at the Museum of Sex, on lower Fifth Avenue. Well, maybe geographically. 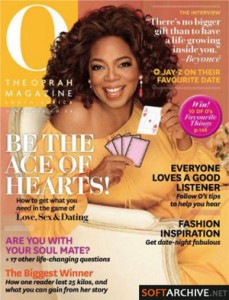 O – The Oprah Magazine South Africa (02/12): Psychotherapist Stanley Siegel shares how smarter sex can change your life! The Mental Connection: For some, sex is a simple act of physical pleasure, others see it as a way of expressing deep feelings, and there are those who approach it as a spiritual experience.

New York Times (08/16/1992): “The Patient Who Cured His Therapist,” by Stanley Siegel and Ed Lowe Jr., offers in its title story an important corrective to the viewpoint that once the therapist’s conflicts are resolved, his newly cured psyche becomes a potent instrument of cure. The authors’ approach — based on Mr. Siegel’s experiences as a family therapist — dispenses with hand wringing and soul searching. It also, refreshingly, dispenses with blaming and criticizing the patient.

New York Post (10/09/2011): What turns you on is all in your head!  WeÃ¢ve all had the experience of seeing someone on the street and feeling an instant attraction. Our eyes lock, our pulse races, everyone else disappears. Other times, attraction sneaks up on us slowly as we get to know someone.

The Patient Who Cured His Therapist by Stanley Siegel

Siegel, a New YorkÃ¢based psychotherapist, relays twelve patient’s stories, explaining in detail the course of their treatment. His starting point is reassuring: You’re not fucked up at heart. It may like you are, but only because you’re not examining what your problematic behaviour or situation solves. Siegel believes that people are loyal and generous by nature, and dysfunction is the result of an overactive need to function in difficult circumstances radical and respectful philosophy, and a genuine relief.

Rachel Kramer Bussel of the guardian.co.uk says: Our fantasies aren’t always literal, but they are a vital and vibrant aspect of one’s sexuality. As Your Brain on Sex author Stanley Siegel writes: “What many of us don’t recognise (or if we do, are fearful to acknowledge) is that what we are actually engaging in physically with a partner may be less compelling than what goes on in our private thoughts and fantasies at the time. In fact, for most of us, it is more often the images, thoughts, and fantasies in our imagination during sexual contact that brings us closer to climax.”

A Conversation with Stanley Siegel

The Believer Logger (03/12/2012): Mr Siegel and I have been continuing a conversation over several years about his ideas. I will be posting some excerpts from our conversations about Commitment over the next few weeks (March 2012). The photographs shown here are by Ryan McGinley. – Sheila Heti

An Interview with Stanley Siegel

The Honest Courtesan (03/10/2012): Last Saturday I interviewed Stanley Siegel, LCSW, a psychotherapist, lecturer and author whose popular sex blog Intelligent Lust was quickly becoming one of the most popular on the Psychology Today siteÃ¢¦until it was canceled in the latter part of February for, apparently, being about sex.

How Smarter Sex Can Change Your Life

FIT’NSTYLE is a monthly magazine published in Lebanon for the English speaking community. It features articles on fitness and health issues, wellness, sexology, beauty, and fashion.

Check out Stanley’s new Tumblr with inspiration for getting in the right frame of mind for discovering your fantasies and following the steps of INTELLIGENT LUST.  IntelligentLust.tumblr.com

With talk-show hosts Alyssa Royse and Lanae St. John: We are THRILLED to be interviewing Stanley Siegel about his ground-breaking and shit-disturbing work. We admire his work tremendously and were appalled when Psychology Today abruptly canned his column after writing about the positive impact that some sex workers have in the lives of some of their clients. Listen to PODCAST: Sexxx Talk Radio with Stanley Siegel

How looking closely at your sexual self can lead to a deeper healing – by Wendy Strgar. Sex scandals are us. The news is replete with what seems an endless account of seemingly good people whose sexuality has literally transformed them into a criminal. The stories of childhood sexual abuse are deeply troubling; stories of coaches and kids in locker rooms hit an even deeper nerve because they make us question, at the deepest level, our own sexual urges.

With talk-show hosts Alyssa Royse and Lanae St. John: We are THRILLED to be interviewing Stanley Siegel about his ground-breaking and shit-disturbing work. We admire his work tremendously and were appalled when Psychology Today abruptly canned his column after writing about the positive impact that some sex workers have in the lives of some of their clients. Listen to PODCAST: Sexxx Talk Radio with Stanley Siegel

Shawn Alff interviews Stanley Siegel about “Your Brain on Sex”: Most of us are stuck wondering how to meet someone to have sex with, or how to enhance the sex we are having with the same partner. Few of us ever consider that sex can be a vehicle to navigate through and overcome our psychological hang-ups.

ElephantJournal.com is a guide to Ã¢the mindful lifeÃ¢: yoga, organics, sustainability, genuine spirituality etc.Wendy Strgar talks about Stanley Siegel in this interesting article: …I learned about this in a recent interview with psychotherapist Stanley Siegel who wrote a book on this topic called Your Brain on Sex. I was, and remain, deeply amazed at how much sense his thinking has brought to the question of sexual fantasy.

Care2 Healthy Living Website features a conversation with Stanley Siegel: Bring intelligence to your sex drive with psychotherapist Stanley Siegel. He has evolved his understanding of the healing power of our sex drive over 35 years of practice.

Censor Your Sexuality Ã¢  the Future of Psychology

March 20, 2012 by Esteban in Interview on ultravulgarsuperfiend.com. We sat down with Dr Stanley Siegel, recent exile of Psychology Today and visionary of Psychology Tomorrow, to out the reason (if any) behind his recent sexually transmitted censorship.

This interview originally appeared in ‘Out’ in Albuquerque (8/94), ‘Metroline’ in Hartford (10/27/94), and ‘Wisconsin In Step’ (12/94). Have you ever been curious about the link between creativity and homosexuality? A new book explains that heightened creativity is honed among homosexuals as an adaptive strategy and survival method in a heterosexist society. And that’s simply one revelation in this book.

The truth is, long-term relationships or marriage do not guarantee a satisfying emotional life or sexual intimacy. Everyone knows someone stuck in a barren marriage, whose members have lost their autonomy and in which sex has disappeared. BrandonÃ¢s assertion that people do not belong together forever is correct, but too many of us fear facing that truth or consider alternatives to that permanence.

Presented by Good Clean Love, products for healthy intimacy,  on LA Radio podcast Lunch with the Loveologist Podcast. Learn how to understand your sexual desires as your brainÃ¢s effort to heal painful developmental experiences.  Siegel explains how our fantasies connect to our brainÃ¢s subconscious efforts to find pleasure in our lingering painful histories.   Our lust is intelligent when regarded in the context of our emotional wounds and life history and treating it with generosity and respect offers real healing.