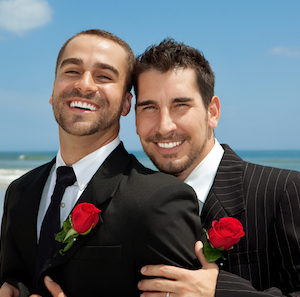 Heterosexuality is not what it’s cut out to be.

The labels that exist to describe us typically fall short of encompassing the fullness of human sexuality.

Some years ago a patient came to me to deal with his sexual identity issues. When I asked James to describe his problem, he replied without trepidation that the only time he reached orgasm was when his partner sneezed.

More urgent, he said, was the pressure he felt to answer the question of how he should identify himself: “Am I gay or straight?”

They told me they had a healthy sex life. I inquired further. Nancy identified as a lesbian who had had sex mostly with women, but yet felt a powerful attraction to Bob. Bob said he enjoyed dressing as a woman during sex.

“We are a perfect match,” Bob declared, adding humorously, “if only we could agree on who does the laundry.” He and Nancy wanted to know if they were gay or straight.
Less than two centuries ago such a question was not even considered.

Men and woman engaged in sex without any reference to a particular label to categorize their desires, nor was there pressure to define one’s sexual orientation. But as American culture transformed to an industrial society in the 1860s, the anxiety aroused by shifts in gender, family, religion created a perfect storm that allowed new scientific “truths” to emerge. The concept of heterosexuality as the normative standard by which to gauge a healthy life became encoded in psychology.

In 1948, nearly a century later, the first Kinsey report sent a shock wave with its findings that male sexual expression was far less fixed and categorical than society assumed.  Extensive surveys showed that along a spectrum of sexual behavior, from exclusively homosexual to exclusively heterosexual, a large number of men, some 40 percent, acknowledged having at least one homosexual experience.

Despite cultural shifts in sex and gender beginning in the late 1960’s and accelerating in the 70’s, when I reached adulthood, the falsehood of a gay-or-straight definition still dominated. The identities, though, underwent some redefinition. Until 1973, when the American Psychological Association officially eliminated homosexuality as a disorder, people were either heterosexual or mentally ill.

Those whose sexual behavior was in the middle of Kinsey’s scale, the large number of people, were not unexpectedly, apt to choose mental illness as their identity.

Ending homosexuality’s psychiatric stigma did not loosen the grip of the false gay-straight dichotomy by which people still struggled to unrealistically pigeonhole themselves. In fact, a further polarization of identities occurred.   Now considered “normal,” homosexuals could fight against discrimination and in favor of legal and economic protections.

Along with feminism, gay liberation gave birth to the sexual politics in the late twentieth century that retooled the traditional categories while leaving the false dichotomy intact. Gay and straight have since emerged as  political identities, each often arguing from different sides of the aisle. Bisexual, transgendered and asexual identities also became an important part of the identity landscape.

More recently, as gays and lesbians further assimilate into the dominant culture through winning legal rights such as marriage equality, many young people are no longer finding that categorization by sexual identity is meaningful or useful. They dispense with labels that limit behavorial freedom and instead are digging deeper to discover and embrace their true desires wherever that leads them. Their sexual partner’s gender matters less than the fulfillment of their physical and psychological desires.

At last,  the complexity vp-rx pills of human sexuality is being represented more accurately and with psychological exactitude. We are at the point in our history where we can honor our individual sexual desires above sexual identity. We are beginning to recognize that we may no longer need to be part of a sexual community of others who share our attractions. Instead, as our culture continues to shift, we are leaning towards honoring the uniqueness of our individual desires.

In high school and college, James was a likeable, successful student. He had close friendships with men and women. He occasionally dated, but when he divulged his desire, few women stuck around. It was online that he finally discovered some like-minded partners. Using pepper to encourage a sneeze often became part of his role-playing with partners.

James was an only child and his mother died when he was six. His father later remarried and raised James in a privileged Manhattan neighborhood where he described his childhood as typical. He considered himself well-adjusted.
But when I asked about his mother’s death, James grew sullen and pale.

A heavy smoker, James’ mother suffered from emphysema and died a slow death. When I asked
James more specifically about her death, he replied, “I was there.”

I asked him what he remembered about what happened.

“Not much. I blocked it out,” he replied.

“Why do you suppose you blocked it out,” I gently asked.

“It was horrible. I watched her struggle for her last breath,” he blurted out, then glanced at me with the recognition of what he had said.

With those words, the significance of not only his deep sorrow at that moment, but how James had encoded it sexually, became quite apparent.

Unwittingly, James had brought pleasure to an early trauma.

Insight alone doesn’t change everything. By consciously understanding the origin of his sexual desires, James could appreciate the ironic gift sneezing had become in helping him to cope with a catastrophic loss. James became less concerned about identifying himself as gay or straight and more curious about his fetish’s origin, mostly because I gently coached him into accepting that the question of identity is irrelevant and that he was reacting to the social pressure of his generation to define himself. He’s not ambiguous about his desire, but he does come to want to understand it based on our discussion.

The same is true of Bob and Nancy, though they are still of a generation in which such categories mattered.

I have had sex with men and women, and thought about the other gender while having sex with someone of the opposite gender. I have explored all forms of sexual expression that I have desired and imagined.

Like most of us, past unresolved conflicts and needs drove all my sexual desires, though they sometime may have been out of my conscious awareness.  And while embracing different sexual identities over the course of my lifetime has been meaningful and useful, my inner truth was more perfectly found within my desires than within any identity I subscribed to.

For most of us, the details of what we have specifically sexualized are the core of our sexual desire, not the gender of the person we are with. When we are on the verge of a sneeze or the feeling of submission, everything clicks. Think about it. What really makes you climax?

First published on PsychologyToday.com on February 7, 2012.