The Case Against Marriage 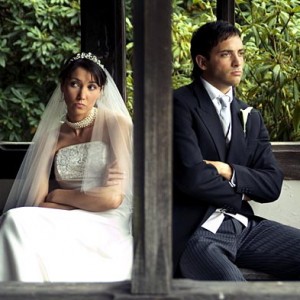 Marriage does more harm than good.

With New York joining a list of states legalizing it, Republican candidates calling for the Constitution to ban it and a Supreme Court decision likely needed to resolve the confusion, it’s no wonder same-sex marriage is a hot topic. Why are we fighting for marriage when it doesn’t work for many of us?

As my fellow Psychology Today columnist Christopher Ryan and his co-author Cacida Jetha speculate in their best-selling book about the history of sexual relationships, Sex at Dawn, why is a law needed to keep people together if it is such a natural act?

Marriage is no longer a necessary economic contract between men and women that includes such things as childrearing and inheritance. Women are now more economically and socially independent. The divorce rate has doubled since the 1950s and many of those who remain married describe themselves as unhappy. And yet, even in this post-feminist era, we still idealize marriage and encourage our children to strive for it as if it were the holy grail. The difference between now and centuries ago is that, more frequently, romantic motives, encouraged by society’s obsession with “love conquers all,” a fantasy popularized by the media, now accounts for why most of us marry.

As Americans, we are hardly, psychologically speaking, living in the land of the free and brave. In fact, we are a deeply repressed, fear-based society, full of prejudice and terrified of our own and others’ individuality and differences. As such, we create and maintain institutions, such as public schools, churches, and political parties, with seemingly noble missions, but which actually have hidden agendas that enforce conformity. Marriage is one of those systems.

Does marriage do more psychological harm than good?

Marriage creates a bond based on mutual dependency that can be just as suffocating to our individuality and creativity, as it can be comforting. We over-invest in the idea that someone else can help us sustain our happiness and stop relying on ourselves.

Counseling so many married couples over the years, I have discovered that despite common wisdom,  the longer a marriage lasts the less dynamic the relationship becomes. Communication and roles become ritualized into a few simple patterns. Think of your own marriage. Over time, conversation has probably lost its subtlety and nuance, with the same arguments repeating themselves, regardless of the issue, without resolution.

Sex has often become rote as have the rules of engagement. Even the anger that gets expressed is a cover-up for the deeper feelings of hurt and disappointment that, if expressed, might force spouses to stop blaming and take personal responsibility for their own unhappiness.

It’s the rare couple who approaches the daily problems of life with freshness and creativity. Most often we are engaged in an emotional tug-of-war over our individual needs. And while, at times, there may be a sense of comfort and security in these patterns, we limit our experiences, short-circuit our feelings and deaden passion. Within the vortex of marriage, we tend to gravitate into a state of psychological laziness and stop challenging ourselves to grow as individuals.

After so many marriage consultations, a glaring truth has emerged for me. Marriage often heightens a sense of self-alienation and fear because spouses grow so dependent on being wedded. The marriage corrupts itself, with, all too typically, one spouse being consumed with addressing the needs of the other, to the detriment of both.

Sex might intensify in long-term marriages when spouses are sexually compatible and choose to make sex a priority. More often, however, the connection between sex and love doesn’t last and becomes ritualized, diminishes and even stops. Couples delude themselves into thinking sex is less important than the social interests, personal values and friendship they share. Sex is a life-affirming, often healing, force. It should be a high priority.

While love, affection and friendship can be wonderful aspects of marriage, if we deny ourselves sex, we stop nurturing a vital part of who we are.

Many children, if not most, are now being raised in marriages that end in divorce. Recent census data shows that more than 40 per cent of children are born outside of marriage. The concept of a nuclear family is, in fact, no longer a reality. Increasingly, children are raised in non-traditional settings–blended, extended and same-sex families–where they benefit from their exposure to the different points of view, attitudes and lifestyles of the adults involved.

When looking at research, a dose of skepticism is helpful. Some studies will show that a stable family is the primary ingredient for the mental health of children. However, how stability is defined is very important. It’s not the stability, but the emotional generosity of parents that builds a child’s self-esteem. And while a stable marriage can foster a sense of safety, children who are raised in non-traditional families can learn flexibility and gain competence in dealing with the reality of life’s changes. Like their parents, these children learn to value their individuality and have many role models to www.www.capsiplex.com draw upon.

Isn’t it just as important to teach our children about how necessary, meaningful and beautiful impermanence can be rather than teaching them to kick and scream when things end? It is a false argument that parents in an unhappy marriage should stay together. The children, in my experience, will not benefit.

I was once married for thirteen years to an extraordinary woman with whom I have a daughter, Alyssa, who is now thirty-six. I also have had a loving seventeen-year domestic partnership with a man whom my daughter looks at as a step-dad.

Both my long-term relationships were deeply loving, sexually rich and and full of growth. Both ended for the right reasons. Despite family and social pressures, one of us knew it was time to move on and forced the issue. My ex-partners are loving friends and we continue to support each other despite the disappearance of the legal bond that once existed between us.

During and since my last relationship, nearly eleven years ago, I have had shorter commitments and a number of casual sexual encounters, some of which have been as intense, loving and generous as the best aspects of my long-term relationships.

These experiences strongly condition my stance on marriage, nearly as much as my four decades as a family therapist, during which many courageous spouses have come for help to salvage their relationships or figure out how to separate.

Psychotherapists are trained to remain neutral and respect patients’ choices and solutions. That objectivity has its value. Yet as I have grown older and wiser, I have, at times, invoked my own life experiences as part of the route to helping a patient heal from trauma or deal with a dilemma. No human can deny their own life story. To try and do so is pointless and inauthentic. In guiding a patient to greater transparency and authenticity, how can I not demand this of myself? It’s something I wrote about in my first book, The Patient Who Cured His Therapist.

As an alternative to marriage, serial relationships and casual encounters constantly create new and unexpected challenges calling on us to reach more deeply in order to navigate the demands of different experiences. Every relationship with its particular intimacies and requisite ending, will enable or force us to develop all the different aspects of our identities. Our capacity to handle the vicissitudes of life is enriched by our openness and we develop a sense of individual strength and power in mastering such challenges. Unfortunately, many people see the world as dangerous and so they hide in marriages and settle because the fear of being alone is so overwhelming.

Nothing in life is permanent. Yet with marriage, we expect ourselves to defy the laws of nature. We stay in marriages longer than we should. Why? Because we fear loss. As humans, we form intense attachments and the loss of an intimate relationship is so profoundly sad and disturbing that we cannot bear to even allow ourselves to consider its endings.

Wouldn’t it be more meaningful if when entering a relationship, we accept the truth that it’s going to end some day. Then we can attach with fewer expectations and value and learn from what is real during our time together rather than holding on to a fantasy of what should happen in the future.

Marriages have a life cycle that is far shorter than “forever after.” After about seven years most relationships have run their course. Most therapists say that is when a couple in trouble should struggle to work it through, as the benefits will be greater than the loss. But are the benefits really that great?

Is the world so treacherous that we must hold on to each other, often with gritted teeth, to face the inevitable pitfalls that life brings? When will we understand that life is deepened and enriched not only by every loving experience, but by every loss. We must open our arms and equally embrace the good with the bad and accept that relationships have a cycle of beginning and ending.

One of the greatest existential crisis of our lives is the struggle between our need for autonomy and individuality and our need for stability and constancy. All life engages this balance. Many argue that marriage matures us because we develop a sense of responsibility to another human being and transcend our own selfishness. But working through problems over time, experiencing loyalty, commitment, intimacy and friendship, even raising children, can all meaningfully and successfully happen outside of marriage. It’s the exceptional couple who can form an ongoing intimate partnership that can withstand the oppressive forces of marriage and not lose their individual identities.

In 1974, I walked down the aisle with the hope and excitement of many young grooms. John Lennon’s song “Imagine,” my generation’s anthem, was the wedding march. With so many professional and other life experiences behind me, I now do my best to “imagine” a world without marriage.

First published on PsychologyToday.com on January 2, 2012.