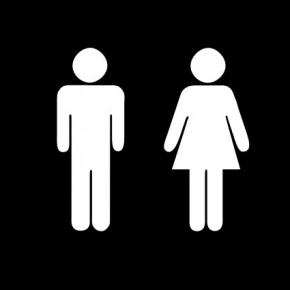 Research has shown that sexual fantasies differ along gender lines. In general, because of many social influences, men and women tend to think about sex differently. Women more commonly connect sex with love, while men more frequently detach sex from affection and experience it as recreational. Menâs fantasies tend to objectify women and emphasize body parts, while womenâs tend toward mystery, seduction, and romanceâthemes that are forced upon us by the media. Studies suggest that male fantasies tend to be shorter and imagistic, where womanâs fantasies tend to have more narrative as well as greater focus on the relationship between characters in the fantasy. The essence of a male fantasy might be captured in a few seconds-long photographic clips, while a femaleâs fantasy might amount to an entire film. Womenâs stories tend to have smell and sound effects.

Interestingly, there appears to be little difference in fantasies based on sexual orientation as it relates to gender; that is, heterosexual and homosexual men tend to Maxoderm focus on specific body parts and casual sexual encounters, while straight and lesbian womenâs fantasies contain more emotion and affection. Itâs also not uncommon for men and women who identify as heterosexual to sometimes be aroused by fantasies of same-sex partners. Data gathered through self-report show this to be considerably more common with women. Yet such numbers may not portray an accurate picture of the situation, since it has also been shown that men are more likely to fear being labeled as âqueerâ and consequently to minimize and under report past or present sexual fantasies involving other men.

Sexual fantasies also vary based on each of our unique personal histories and psychologies, yet our fantasies share certain overarching themes. The most common involve reliving an exciting sexual experience, imagining sex with a current partner, imagining sex with a different partner, or watching others engage in sex. Common sexual acts in fantasies involve oral sex, sex in a special location, sexual irresistibility, and forced sex.

Previous postWhat Do Our Fantasies Say About the Past? Next postYour Brain On Sex