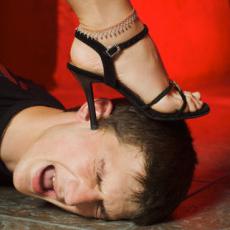 How Watching Pornography Can Change Your Life

The great majority of us watch pornography. Nearly 87 percent of men and 76 percent of women reportedly visit adult entertainment sites. In fact, pornography drives the economy of the Internet and our appetite for it has led to Internet innovation.

That sex sells is hardly a startling discovery. But what attracts us to pornography, and why as a culture we demonize it, might be.

Ideally, sex creates a moment of extreme intensity, an altered state of consciousness, in which the past and the present, body, mind and spirit all merge to form a new reality, unlike most other experiences in our lives.

But what most of us don’t acknowledge is that our private fantasies during sex are often more exciting than what we are actually physically doing. Self-styled pornography is constantly running in our head. We focus on the images, thoughts or stories from our imagination that truly arouse us, especially when our true desires are not aligned with the experience at hand. It’s our dirty little secret: our hidden fantasies are what actually make us climax.

Sexual fantasies are a near-universal experience. Whether they are long, drawn-out scenarios or a quick flash of imagery, they are far from random imaginings. The stories and images that excite us onscreen, from romance to bondage scenes, are visual representations of our deeper truth, which is why pornography is so compelling. When we watch it, we are accessing the details of our own fantasies, even those that may not have been in our consciousness until then.

And if we dig even deeper into our unconscious, we will discover at the base of these fantasies fragments of our personal history and conflicts that lead far back into our repressed past. No one leaves childhood without some conflict of unmet need. For most of us, the pain or unhappiness associated with these conflicts does not preoccupy our current thoughts and feelings, but does become part of our individual psychology, setting the stage for how we interact with the world.

At some point during the heightened sexuality of adolescence, we unconsciously eroticize these unmet needs or unresolved conflicts from childhood in a complicated attempt to heal ourselves. In other words, we turn  those painful experiences into pleasurable ones to counteract their power over us.

As we grow into adulthood, these same conflicts which now have sexual themes are coded in our fantasies and desires. Through our sexuality, we attempt to gain mastery over our feelings of powerless, shame, guilt, fear and loneliness that might otherwise defeat us.

If we learn to identify and understand our fantasies, we can use them to create sexual experiences that are more aligned with our true desires by intentionally choosing partners with whom we are sexually compatible. If we can even go a step further, by decoding what they say about our past, we can use that knowledge to heal the conflicts that originally gave rise to them. Understanding our sexual fantasies is a key to understanding who we are.

Pornography is easy.  All it requires is an Internet connection. It doesn’t take much time or emotional involvement with others. The Internet has made exploring our sexual fantasies more accessible. We can use the extensive offering of pornography, interactive role play, fantasy chat rooms and other forms of eroticized communication to explore our deepest desires. The Internet collaborates non-threateningly with the secretiveness which cloaks our inner fantasies.

Recently, in a Playboy radio interview, a caller asked me if I could explain his wife’s fantasies and what he should do about them. He described her as sexually frigid. “She never seems to really like sex,” he said.   But recently she had confessed to him, after secretly watching an online video, that she had  fantasized dressing in a nun’s habit and being “forcible taken.”

I told the caller that fantasies of forced sex were common among women because of social training,  since many women don’t feel entitled to enjoy sex and are taught to feel guilty if they do.

“What could be more symbolic of such purity than a nun’s habit?”  I asked.

In a fantasy of forcible sex such as his wife’s,  I explained, his wife was shedding responsibility for her desire and therefore didn’t have to feel guilty or ashamed for enjoying it.

Furthermore, it was flattering to her that a man was so overwhelmed by desire for her that he couldn’t control himself despite the prohibition the religious garb symbolized.

“Oh, I get it,”   the caller said. “She comes from a very strict upbringing.” Then, after a moment, “Is it wrong to have sex with where to buy phen375 her that way?” I asked him what would be wrong about it. He said that while he too fantasized acting aggressively toward her, he was afraid his wife would lose respect for him or maybe even herself. “There may be that risk,” I replied, “but the potential benefit is that it might be the first time your wife feels sexually free enough to let go. The experience could lead to a new understanding of herself and a smarter sex life for both of you.”

In business, my patient Scott earned a reputation as a brilliant deal maker.   A skilled corporate lawyer, he was considered highly intelligent and shrewd, indeed, ruthless. By the time he came to see me,  those who cared about him felt he was, “out of control.”  Winning a deal had become more important to him then anything else in his life.  To his friends, he had  grown arrogant and to his competitors “a terrible sore loser.”

At about five-foot-five, Scott was a short man with a wiry frame and sharp features. Always the smallest in his class and not particularly athletic, he felt like an outsider growing up.

From the time he first discovered sex, Scott had fantasized about large breasts. In fact, he had fetishized them. The bigger the better.  He imagined himself nestled between them, his lips and tongue languishing on one than the next. As a young man, he spent countless hours on sites of big-breasted woman. When a scene “clicked,” he masturbated to its images. He confessed to me  early on, that at those moments when he climaxed, he felt small and safe, a feeling that he would never indulge otherwise.

During his therapy Scott’s story slowly unfolded.  He was raised in southern California by a mother who was more demanding than nurturing, who constantly berated his father for his career failures. She imagined a better life for herself and Scott and later depended on Scott to provide for her in ways in which her husband had disappointed her. She regularly told Scott:  “Your father is weak.  People always take advantage of him. He’s a loser.”   And while Scott adored his father for his kindness and affection, he agreed with his mother’s assessment.

Feeling his size and background were a disadvantage, and believing that his father wasn’t much of a man, Scott set out to become the man that he wished his father had been.   He fought against his feelings of inferiority by approaching his life with purpose and discipline that drove him to the front of the class. Now, at 32, no one could ever say that Scott wasn’t a man. He had achieved success, had enough money and a list of clients that other lawyers envied.

Of course, he was as driven sexually as much as he was with work, though he hadn’t met with as much romantic success. While some women were attracted to his money and position, most were disappointed with his performance in bed. He didn’t have the equipment or prowess to measure up to his promise. In fact, much to the dismay of more than one woman, Scott only wanted to spend hours nursing on their breasts.

Through our conversations,  Scott recognized the symbolic meaning of his breast fantasies. Despite his bravura, he had always felt small, weak and inadequate and had long ago eroticized these feelings in what was an unconscious attempt to heal from his fear that he would turn out like his father. With their capacity to nurture, breasts could strengthen and fortify him as well as make him feel safe.

As Scott learned more about what drove his sense of inadequacy and dealt with it in therapy, he also sought out more directly what he needed in his relationships with women. His aggressive behavior softened. And while large breasts continued to appeal to him, he didn’t attach the same meaning to them. Over time, his sexual repertoire expanded as he understood that his deeper needs could be gratified in situations with women that were based on respect, generosity and trust. And although his penis didn’t grow, his self-worth did and he became a better lover.

First published on PsychologyToday.com on January 22, 2012.