Why I Advocate For Casual Sex 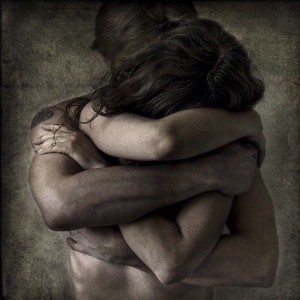 Taking on the critics

After getting dozens of comments, it is clear my last column, In Defense of Casual Sex, has struck a very deep chord. With seventy thousand readers and counting, sides have been drawn, some stones have been cast and heartfelt thoughts have certainly been shared about casual sex. I am more than glad. This enormous response has significantly contributed to my effort to uncloak a subject often shrouded in secrecy and shame.

Despite the scientific achievement in quantifying much of human behavior, the more I practice psychotherapy, the more I appreciate that healing the mind and spirit is as much art as science. Each patient, each life, brings its unique set of desires, needs and questions. In guiding each person, I rely as much as on my instinct as on my academic training.

The advice I give in my columns and books is the wisdom I have gained from nearly forty years as a psychotherapist and teacher. Just as importantly, my personal journey sets the tone in my writing. It is hard to sum up all I have learned, having counseled so many patients, but I know enough to draw some conclusions quite comfortably.

If there is one way in which each person defies stereotyping, and the generalities that science imposes, it is where peoples’ sexual fantasies and desires reflect their own personal stories.

Sex, then, is the window into our psyches.

Moreover, I have grown to appreciate how sex benefits us far beyond its physical pleasure or biological function. When practiced intelligently and generously, sex has the capacity to help heal emotional wounds and rectify unmet childhood needs.When I have challenged conventional wisdom, I have often found that what lies under many accepted “truths” about sex are in fact deeply entrenched myths that confuse rather than enlighten us. Not surprisingly, and I say this without judgment, many of the comments I got this week echoed those myths. I have chosen here to address them in a way that I hope continues this robust conversation.

Sex is far from the primitive, base instinct we are led to believe it is. It’s our most complicated human need. Whether in a brief encounter or a long relationship, through sex we communicate our emotions, negotiate power, give and receive pleasure, confront our fears and fantasies and sometimes heal our inner lives.

It’s my basic assumption that sexual desire and the themes we eroticize as adults–romantic sex, bondage, domination, role playing–originate in unresolved childhood conflicts and unmet needs. Our minds take these painful feelings and convert them into something pleasurable in an attempt to master them. Sex acts serve as a transformer. Rather than becoming defeated by feelings of isolation, helplessness, loneliness or rejection, we become aroused by them.

Every sex experience represents a moment of extreme intensity in which our entire inner life- -our history and imagination–is expressed in action. It’s an altered state of consciousness in which the past and present, body, mind and spirit all merge to form a new reality unlike any other experience in our lives. It is impossible for any sexual experience to be absent of emotion or even to lack meaning. Even those of us who feel emotionally detached during sex aren’t really devoid of emotion. Looked at more deeply, such apparent detachment is in fact a reflection of emptiness once suffered.

Casual sex, practiced intelligently, can enrich our understanding of our deepest desires and emotions, where they come from and what they mean, and gradually, with experience, make sense of who we are and what we can become.

For most of us, fulfilling our fantasies and desires will lead to greater authenticity and to a healthier life.

Embracing our sexuality is not a static process, as our desires slowly unfold over the course of our lifetimes. As we explore who we are through sex, new desires or preferences will surface when we no longer require the old ones. We sublimely discover many truths. There is nothing inherently reckless in this pursuit.

Sometimes, this can be achieved within the context of a marriage or long-term relationship in which there is sexual compatibility. But all too often partners enter a committed relationship without a true understanding of their sexuality or a deep appreciation for its importance, only to discover that their sexual tastes are vastly different. Shared social values and interests will not make up for the frustration caused by sexual desires that do not match.

Too often, these frustrations go unspoken because these partners do not know how to talk

about sex. These relationships often grow increasingly inauthentic, detached from intimacy and consequently more vulnerable to trouble. Frustrations grow and soon get expressed indirectly in angry conflicts and overreactions, withdrawals and silences, or subversively with extra-marital affairs and other forms of dishonesty.

Reckless behavior can certainly happen in casual sex when a partner’s actions are self- centered or abusive or driven by substance abuse. But when this happens, it’s often because Meratol we have been taught to behave badly and accept it. Sons and daughters who have been taught to feel suspicious, guilty and shameful about sex, cloak it in such mystery and secrecy that they have no concept of how to navigate sex with generosity and grace.

When we honor and embrace our individual sexuality we can be free to experience its deeper nature and choose partners, for either a one-night stand or a long-term relationship, whom we respect and trust. Under such conditions, sex is not something one person does to another, nor is it a guessing-game. Instead, we become like veteran artists. Our tastes and inventiveness grow more nuanced with time as does our capacity to support our partner’s sexual truth. Through the variety of experiences found in casual sex, we can reclaim and renew parts of ourselves.

Myth: The best sex is in committed relationships.

But the same can be achieved through casual sex. Giving preference to self-awareness, exploration, and authenticity over sexual performance or reaching an orgasm, creates an emotional posture from which we can connect to the deepest, most vulnerable parts of ourselves. When we do not get caught up in how highly our partner regards us because we want a relationship to continue, we are less likely to censor ourselves and can experience a level of intimacy, perhaps not attainable in a relationship complicated by long-term concerns.

Since the sexual revolution of the 1960s, when I came of age, our knowledge about the science and psychology of sex has increased. Subsequent generations have climbed the ladder of sexual freedom to feel less shameful about sex. Social mores have been greatly transformed, as demonstrated by the backlash mounted by the religious right to turn back the clock to what they consider to be a more morally upright time. In fact, our nation is inching towards adopting a more sex-positive culture.

The stigma remains that women who engage in casual sex are still considered immoral, while men who do the same thing are looked at as virile. However, women have gained a deserved sense of sexual entitlement. Where once its purpose for women was considered procreation or pleasing their husbands, women are now taking charge of their own sexual enjoyment. The fact is, women have always been equally interested in sex, but for generations were taught to repress or deny their sexuality. But a large number of women have begun to do what men have always been permitted–to enjoy sex within and outside of a relationship.

Some comments claimed casual sex is sexist, with one reader saying it encourages men to “act more like pigs” and take advantage of women. “They lie in wait on the Internet,” tricking women into believing they are interested in relationships, another reader wrote. While I cannot deny that this sometimes happens, the description of women as prey and men as predators is inaccurate and belittling to both sexes.

Other readers even accused men of engaging in casual sex because they have little capability for intimacy. Contrary to evolutionary psychology’s claim that biology is behind how men and women act, the truth is both sexes are more alike than different. Attitudes toward marriage and commitment are socially constructed and have changed dramatically over time as social mores have shifted.

Smarter sex is responsible sex. It involves self-knowledge, self-esteem and respect for our partners. We can use casual sex intelligently to learn to honor and accept who we are, heal the consequences of shame and guilt and celebrate the importance of sex as a positive force in our lives.

First published on PsychologyToday.com on December 19, 2011.