What Brings You To Orgasm? 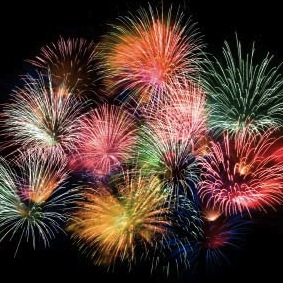 It’s really what you THINK.

Sex is far from the base or primitive instinct that we have been led to believe. It is our most complicated human need. Through it, we connect, communicate, negotiate power, give and receive pleasure, and sometimes heal our inner life.

But what many of us don’t recognize (or if we do, are fearful to acknowledge) is that what we are actually engaging in physically with a partner may be less compelling than what goes on in our private thoughts and fantasies at the time. In fact, for most of us, it is more often the images, thoughts and fantasies in our imagination during sexual contact that brings us closer to climax. In other words, what gets us off is what we are fantasizing.

Because for the vast majority of us, our deepest sexual desires originate from unresolved childhood conflict or unmet needs, and our sexual fantasies represent the stories we tell ourselves to solve these issues and conflicts.

As human beings we are naturally driven toward self-healing whether it’s a small cut on our skin or deep psychological trauma. Rather than becoming defeated by feelings of isolation, helplessness, invisibility, loneliness, or rejection, carried from childhood, our mind creates fantasies turning painful feelings into pleasurable ones by allowing us to become aroused by them.

The themes that we have eroticized in our fantasies are windows into the deepest levels of our psyches. At their base lies fragments of our history, conflict, and strife that reach far back into the forgotten past. By understanding them, we not only come to understand our basic personalities, we can also learn to use to use them to create greater authenticity and intimacy in our lives.

In fact, no agreement exists among mental health professional regarding what type of fantasy should be considered “healthy.” Freud and other early psychoanalysts believed that sexual fantasies resulted from feelings of deprivation experienced in the absence of sexual satisfaction. Many experts still maintain this point of view and further reason that certain types of fantasies are signs of psychopathology. A fantasy involving a patient’s sexual submissiveness, for instance, is seen as a deeper symptom of “masochism” rather than as I came to see it, our mind’s attempt to master unresolved deep-seated power issues.

Where some schools of psychology tend to treat fantasies as pathological, many religious groups preach that sexual fantasies are sinful and strictly prohibited by the Bible, particularly those that involve a partner other than a spouse. Both systems of thinking have contributed to our feelings of sexual shame and confusion and have led to to a cultural epidemic of sexual dysfunctions. It’s the rare person who can turn off their fantasies at the suggestion of a therapist or clergymen. Doesn’t understanding their meaning and purpose make more sense?

This step of intelligent lust, “Identifying Fantasies and True Desires”, helps us to pinpoint the themes of our sexual fantasies and then put them into words and stories. Many of us are not entirely conscious of exactly what our fantasies are. They may seem too abstract or ephemeral to follow and we may have to Viagra work hard to retrieve them from our subconscious imagination.

Research has shown that fantasies differ along gender lines. In general, because of many social influences and deep cultural training, men and women tend to think about sex differently. Women more commonly connect sex with love, while men more frequently detach sex from affection and experience it as recreational. Men’s fantasies tend to objectify women and emphasize body parts, while women’s tend toward mystery, seduction, and romance-themes that are forced upon us by the media. Studies suggest that male fantasies tend to be shorter and imagistic, where woman’s fantasies tend to have more narrative as well as greater focus on the relationship between characters in the fantasy. The essence of a male fantasy might be captured in a few seconds-long photographic clips, while a female’s fantasy might amount to an entire film. Women’s stories tend to have smell and sound effects.

Interestingly, there appears to be little difference in fantasies based on sexual orientation as it relates to gender; that is, heterosexual and homosexual men tend to focus on specific body parts and casual sexual encounters, while straight and lesbian women’s fantasies contain more emotion and affection. It’s also not uncommon for men and women who identify as heterosexual to sometimes be aroused by fantasies of same-sex partners. Data gathered through self-report show this to be considerably more common with women. Yet such numbers may not portray an accurate picture of the situation, since it has also been shown that men are more likely to fear being labeled as “queer” and consequently to minimize and under report past or present sexual fantasies involving other men.
But even though there are general themes related to gender, the details of our sexual fantasies are primarily based on each of our unique personal histories and psychologies.

After following the advice in my previous column for “getting in the right frame of mind,” you should be ready to answer questions that will help you identify the key elements that make up your fantasies. By asking yourself these questions the themes and narratives of your fantasies come into focus. Language has a way of making fantasies real. Once we put thoughts and images into words and sentences, we tend to own them more completely. Take the time to think deeply about your answers to these questions. Write them down if possible. Your erotic images and thoughts may surprise or even frighten you, but keep in mind they have their meaning which you will learn to understand by continuing to follow the steps of intelligent lust.

What do you think about during sex?
Is there a central or main fantasy?
What mental image or thought actually brings you to climax?
What is the specific plot or story line in your fantasies?
Do you think about sex with people other than your partner? Past partners or strangers?
How would you describe the characters in your fantasy?
What action are you taking in your fantasy?
How are other people acting toward you?
What is your attitude in the fantasy? What is the attitude of the other person(s) involved?
What sexual thoughts do you have that embarrass you?
What sexual feelings bring you shame or guilt?
What are you thinking about when you can’t climax?
What fantasies have you already acted out? What was the result?
Have you had a sexual experience that you continue to fantasize about? What in particular was so exciting about the experience?
Do your sexual fantasies include force?
Do you focus on body parts such as breasts or penises? Which ones?
Are articles of clothing such as shoes, leather, scarves, or lingerie part of your fantasy? How are they used?
What do you think about when you’re having sex with a partner?

NEXT Week: In Part II of this column you’ll read about other people’s fantasies in order to further help identify your own. Later you will learn what your fantasies tell you about the past.

First published on PsychologyToday.com on September 7, 2011.